When you are trapped inside your body, what can set you free? A film about people with dystonia.

When she was 17, independent producer Laurel Chiten hopped in a friend’s car and woke up in an ambulance. Months later, her head began to twitch. But it was more than 20 years before she was diagnosed with a neurological disorder called dystonia. Now she leads us on an almost science fiction-like trip to the frontier of medicine. And into the mystery of who we are. Skin deep. Brain deep. Neuron deep. Or something even deeper?

Chiten’s narration connects the stories of Pat Brogan, a basketball coach and triathlete who developed dystonia after a bike accident; Shari Tritt, whose dystonia affects her whole body, and Remy Campbell, an artist who gambled on a radical form of brain surgery–and won.

Together, these individuals try to answer the question, when you are trapped inside your body, what will set you free?

$18.95 – For personal use only
Not to be used for screenings at classrooms, hospitals, support group meetings, etc.

A fee for shipping and handling will be added upon purchase. 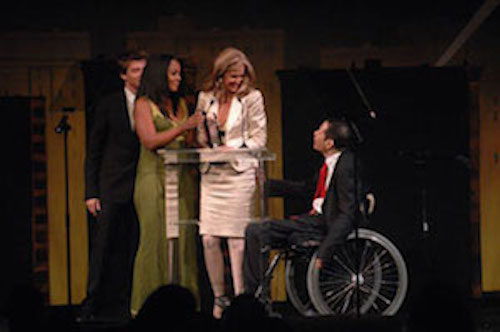